I had a dream one night and it was a man whom, I was not afraid of or familiar. He had a deep gentle voice and I could not see his face. He had a beard. I told my friend who is an Angel channeler, she told me that he was higher than an ArchAngel. I wondered what he wanted with me. Later in the week Cynthia was able to tell me that he was one of the Elders. I suddenly knew his name which was, L’teriaz.

Apparently, I have been chosen to write for the Elders which I was very honoured about and happy too. This means, Cynthia is no longer my teacher, however, she is chosen to help me write about the Elders. Which Cynthia was happy to do so.

The Elders are a group of people who keep a tight management and carry the highest order of the task in hand. They are very private and also the chose carefully who they want to help them. Elder L’teriaz has given me a chance to write about them and to make sure that people understand them. They are very honourable are the Elders.

They monitor all the Angels and also planets in the Universe. They also watch the gravity, and weather and the beings of the planets.

The Elders are of a different heights and they are a great generation of people of a great age. They are gentle, yet firm in all what they do for anyone that wants help. Some planets are younger than the Earth, and earth is younger than other planets. They are advanced in cultures and technology. There are war torn planets which can be sorrowful, dangerous and evil. Other planets are beautiful, healing and kind to each other too.

As I write about the Elders, I feel that Elder L’teriaz is helping me to write this for you to read and remember. Elders are a closely nit sort of group which are part of the Angelic Realm. Apparently, the Elders have been keeping an eye on me for some time. They will make sure that I write about them professionally and correctly too.

I hope this first addition to the many espisodes I write will be of an interest and truefully true and to show you that there is life after death and they also want you to know that they are indeed friendly and the Angelic Realm is beautiful and serene. Please do not be afraid.

5 thoughts on “Subject: The Elders” 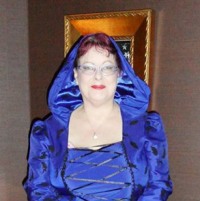